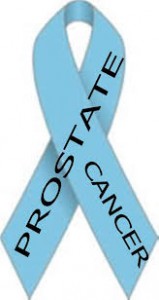 Testosterone replacement therapy (TRT) (testosterone therapy) is not associated with aggressive prostate cancer (PCa) and does not increase overall or disease-specific mortality, according to a study that also revealed that TRT use is low among men in the United States.

Alan L. Kaplan, MD, and Jim C. Hu, MD, of the University of California Los Angeles David Geffen School of Medicine, used linked Surveillance, Epidemiology, and End Results (SEER)-Medicare data to identify 149,354 men diagnosed with PCa from 1992 to 2007. The men had a median age of 73 years. Of the total cohort, 2,237 (1.5%) underwent TRT prior to their cancer diagnosis. TRT was associated with older age at cancer diagnosis, nonwhite race, and higher comorbidity burden. TRT use increased with age. Of the TRT recipients, 47.5% were aged 75 years or older, whereas 34% were aged 70-74, and 18.5% were aged 65-69.

TRT use was low throughout the study period, peaking at 2.8% in 1998, Drs. Kaplan and Hu reported. Given the median age of their cohort, the researchers noted, they expected the prevalence of hypogonadism would be higher than that found in previous studies (2.1%-25%, depending on the strictness of diagnostic criteria).

“Despite the high prevalence of hypogonadism in older men and well-established health benefits of TRT,” the authors concluded, “use of T therapy is markedly low. The concern of increasing prostate cancer risk or cancer severity by administering Testosterone has been widely disproved. . . . Our population-based study adds to the growing body of evidence that TR replacement does not confer worse prostate cancer outcomes.”

Refraining From Sex May Increase Testosterone