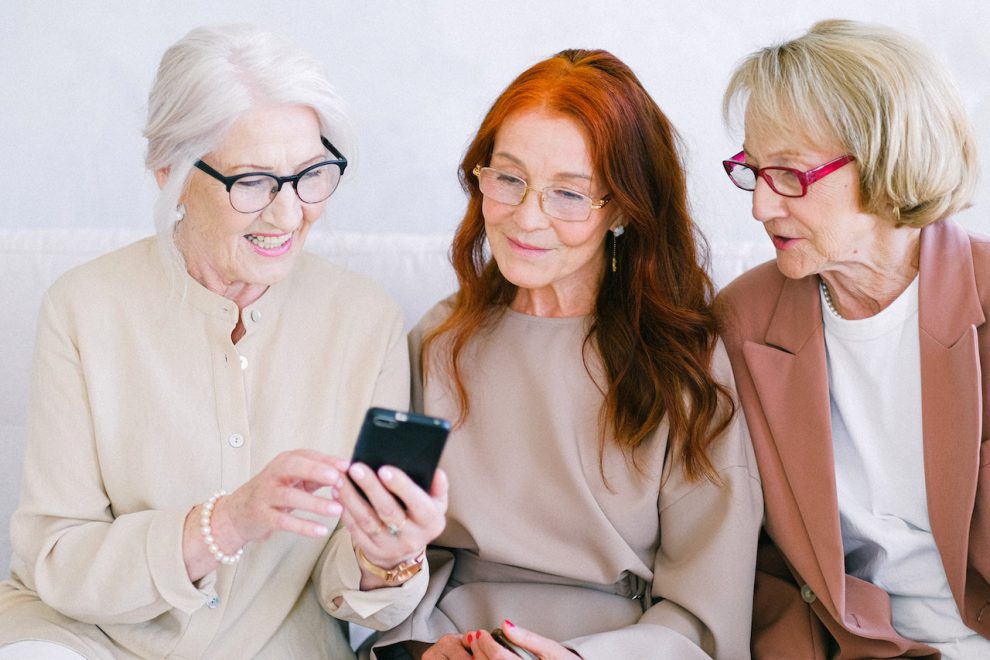 For too long, many cultures have seen a woman’s passage into her years beyond reproduction as a sign that she has ‘grown too old to compete’, and that it’s time for her to perhaps consider scaling back the level of her participation in competitive life.

However, this attitude bears no reality when you consider the fact that most women will be spending more than 60% of their adult lives having passed through their reproductive years and gone on to menopause. Such an attitude has condemned millions of women to wasting most of their most productive lives for no good reason. One side effect of this has been the increase in depression in menopausal women and elevated rates of degenerative cognitive diseases like Alzheimer’s.

Generally, menopause will occur in women somewhere between the age of 45 and 50, when her reproductive cycles cease and she undergoes rapid hormonal changes. The age of onset, and the effects, can vary considerably, but the majority of women will experience some of the typical changes for at least a few years.

In the next few short paragraphs, we will highlight the fact that millions of women have been able to get on with their active and vibrant lives well beyond the cultural ‘ageism’ barriers, thanks in some part due to the improved medical and psychological treatments that are available. We are picking out a bunch of women who, based on their age, have probably joined the pool of more than one billion menopausal women in the world, but nevertheless have kept on making considerable strides in their chosen fields, in many cases not just staying on a par with their male counterparts, but in fact getting to the very top.

Janet Yellen (b.1946) has served as the US Secretary of the Treasury since the inauguration of the current Biden government in January 2021. Before that, she served on the Federal Reserve Bank from 2014 to 2018. Ms. Yellen is the first woman to hold each of those posts and the first person to have led the White House Council of Economic Advisers, the Federal Reserve, and the Treasury Department.

Adena Friedman (b.1969) in 2017 became the first woman to lead a global exchange when she was appointed as CEO of NASDAQ. Ms. Friedman has spent nearly 20 years  at Nasdaq, pushing the exchange to become not just a stock exchange, but the powerhouse of driving global markets.

Michele Roberts (b. 1956) was executive director of the National Basketball Players Association until the outbreak of the COVID-19 pandemic. She was the first woman to hold that position and the first woman to head a major professional sports union in North America.

Candace Browning is head of global research at Bank of America, one of the ‘top four’ banks in the country. She has led the bank’s expansion into the new fields of digital assets and cryptocurrencies.

Jennifer Doudna (b. 1964) is an American biochemist who made fundamental contributions in biochemistry and genetics. She shared the 2020 Nobel Prize in Chemistry for the development of a method for genome editing. She is the Professor in the Department of Chemistry and the Department of Molecular and Cell Biology at the University of California, Berkeley and is also president and chairperson of the Innovative Genomics Institute.  She is a leading figure in what is referred to as the “CRISPR revolution”, one of the most significant discoveries in the history of biology. She and her co-recipient of the Nobel Prize were the first to use CRISPR-Cas9 enzymes from bacteria that control microbial immunity for programmable editing of genomes.

Lynn Martin was appointed as the president of the New York Stock Exchange (NYSE) in January 2022. She is also on the board of directors of Partnership for New York City and has worked on the London International Financial Futures and Options Exchange and the Intercontinental Exchange.

Joy Bauer (b 1963) is a leading author of health books, cookbooks and diet books, is the host of the NBC’s “Health & Happiness” show, and is the health and nutrition expert on The Today Show. She has also spread her interests out into business, founding Nourish Snacks. She is a columnist for Woman’s Day and the official nutritionist for the New York City Ballet.

Nancy Snyderman (b. 1952) for 15 years until 2015, was medical correspondent for ABC News. She is a physician, author and journalist frequently appearing on the Today show, NBC Nightly News and MSNBC to discuss medical-related issues. Dr. Snyderman is on the staff of the otolaryngology-head and neck surgery department at the University of Pennsylvania, in Philadelphia. She has authored five books, including her ‘Guide to Good Health – What Every Forty-Plus Woman Should Know about Her Changing Body’

Sheila Johnson (b. 1949) is regarded as being the first billionaire African-American woman. She is team president, managing partner, and governor of the WNBA’s Washington Mystics, a partner in the Washington Capitals (NHL) and the Washington Wizards (NBA), as well as the Mystics. Johnson is also CEO of a leading hospitality empire operating in Florida, Virginia and South Carolina as well as in Jamaica and the British West Indies.

Victoria Alonso (b. 1965) is a film producer and president of post production and animation at Marvel Studios. Under her leadership, the studio has put out some of the greatest hits of the past ten years, including the Avengers and Ant-Man series, Captain Marvel, Spider-Man, Black Widow, Doctor Strange, Guardians of the Galaxy and The Marvels.

Are you confused about how HRT can be used for menopause?