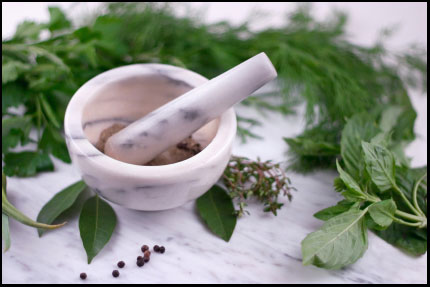 There are many products on the market that claim to boost testosterone levels, including dozens of “natural T” replacements like provacyl and wolfberry. But just how well do these products work — if at all? With the help of pharmacist Saul Kaye and Lawley Pharmaceuticals’ Michael Buckley, we’re debunking “natural T” products!

Tribulus Terrestris
This natural herb is found in the Mediterranean, is covered by spikes, and is also known as puncture Vine. Popular as a natural testosterone booster, many of its critics say that although it is a popular aphrodisiac, it fails to have any major effect on testosterone production.

Michael: Like Wolfberry, this is an attempt to take consumers for a ride without any real evidence to back up its claims.

Provacyl
This remedy, formulated from age-old herbs and ingredients like amino acids, claims to boost the production of testosterone and HGH so the body can produce more of these hormones naturally. On the market for more than six years, Provacyl also claims to be safe and free from side effects because of it’s natural ingredients like glutamine, arginine, lysine, tyrosine, Muira Puama, gingko, acai, and chaste berry.

Michael: Most of the natural ingredients are used citing questionable studies and psuedoscience. Rat studies that are cited by the company that created Provacyl do not translate to humans. Although there is some evidence that gingko improves blood flow to the brain and assists with memory, the evidence is weak. Chaste berry is cited as working with the pituitary gland to influence levels of T in men and estrogen in women, but science has shown that it actually increases progesterone levels in cycling women post-ovulation. There also is no evidence that it increases T and estrogen. Also, although acai is high in antioxidants, it doesn’t delay aging like Provacyl claims it does.

Protestosterone
This “muscle builder” supplement touts a 100 percent natural and homeopathic formula to enhance masculine health. Prepared with a mystery list of natural herbs, this remedy is meant to work in a very similar way as Provacyl to naturally increase hormones in the body.

Saul: Anything that has a mystery list of natural ingredients without specifically listing them should not be taken. Many natural supplements have side effects, and you should always know what you are taking. Remember that digitalis (used for heart conditions) is plant based so natural does not mean safe.

Wolfberry
The long-term effects of this natural remedy from the lycium barbarum plant are unknown. A 2010 study on rodents treated with this supplement showed a boost in testosterone and sexual performance, making it a popular option for men suffering from low testosterone levels.

Michael: As I suspected, this is a rat study, which definitely cannot be extrapolated to humans. Marketers love this stuff because it’s based on a snippet of pseudoscience and then woven into the something wonderful. In reality, it’s a con.

Have you come across any natural remedies to boost low testosterone? If you’ve run into something that you’re not sure about, let us know in the comments and we’ll let you know what we think!

Testosterone: The Elixir of Life?