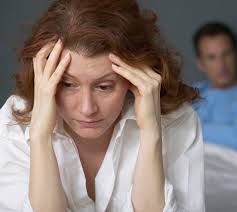 We came across this opinion piece in the New York Times a while back and just had to touch base on it. The article talks about medicating women’s feelings. It’s a subject close to home as we have many female patients using testosterone and progesterone or a combination of both. whats better? Treating with anti-depressants or natural hormones?

The article states that women are over-medicated with psychiatric medications… much more than men are. The statistics given are that one in four women compared to one in seven men take some form of prescription medication for anxiety or depression. It seems like taking anti-depressants has become far too normal and dare we say it, even expected. The largest age group of medicated women stands at 35-64, the ages when women are most thinly stretched across home and family, and the age where many hormonal changes take place (for example the onset of peri-menopause and menopause itself). The combination of socioeconomics and hormones can totally disrupt your quality of life and existing relationships!

In many cases these anti-depressant medications are needed and there is no doubt according to medical research that greatly help control levels of anxiety and depression, conditions that are considered psychological illnesses. There is however another side to anxiety and depression that does not stem from psychological illness. It stems from hormone imbalance. The only problem is that many doctors find it much easier and cheaper to simply prescribe anti-depressants rather than try and get to the route cause or why women are experiencing such high levels of these disorders. It also goes a long way to explain why more women than men feel the need to resort to medication.

Look, life is stressful…. And if we’re honest, women often have it much harder than men. This by itself could explain the higher levels of medicated women… working full time, raising kids, running the home, taking care of themselves. It’s not easy to try and fit everything in! No wonder so many women out there are moody, stressed and anxious! Most women should be able to deal naturally with these stresses though. It’s where rational thought and coping mechanisms take over. If you can’t cope any longer then that’s when it’s time to do something about it. There is no point in living life on the edge when you don’t have to. Anxiety and depression often lead to other problems like relationship problems (at home and at work), low self-esteem and low libido.

It’s important to know that the symptoms of psychological illness and hormone imbalance somewhat mirror each other. There’s a big overlap of symptoms.

The question is, what can be done about it that doesn’t involve prescription medication? If the crunch of the problem could be to do with hormone imbalance then the best way to combat the problem is by correcting this hormone imbalance with the use of hormone replacement therapies. Depending on your symptoms and blood work the use of hormone skin creams like testosterone therapy or progesterone therapy can help A LOT. We’re not saying it’s for everyone but let’s get smart about educating ourselves and our doctors on the underlying cause of anxiety and depression.

While it is in a woman’s nature to feel moody, blame it on our menstrual cycle and fluctuating reproductive hormones, there is a reason why this happens… it’s called hormones! So, it makes sense to treat exceptional moodiness with hormone therapy. At least it’s worth a try before going down the anti-depressants route. Many of the anti-depressants prescribed are classed as SSRI’s which means Selective serotonin re-uptake inhibitors. They might take away the stress and anxiety but they also numb you in more ways than one. Creativity, emotions and libido get numbed along with the anxiety and depression. The magic pills basically disperse the negative feelings rather than boost positive feelings. Using hormone therapy works differently.

The author of the article is actually a psychiatrist in New York. She takes an unusual stance and suggests that “For personal growth, for a satisfying marriage and for a more peaceful world, what we need is more empathy, compassion, receptivity, emotionality and vulnerability, not less. We need to stop labeling our sadness and anxiety as uncomfortable symptoms, and to appreciate them as a healthy, adaptive part of our biology.”

She’s agreeing that many of the emotions felt by stressed out women are down to the hormonal make up of a woman and that we should embrace these feelings, not medicate them away. While she does not mention hormones directly it’s clear what she is getting at. So if you want a different route of medication for your stresses it’s logical to see why hormone therapies might help.

The first thing to do if you are feeling anxious or depressed is to speak to your doctor. When you are doing this ask for blood work to be done. Most doctors will take a general lot of blood and will include Thyroid testing in it but not many of them will automatically check your hormone levels. Make sure they test for Progesterone, testosterone and Estrogen! If your hormone bloodwork comes back even slightly low or on the low side of normal using hormone skin creams might be the best solution.

The main symptoms of low testosterone are low libido, anxiety, depression and mood swings, regardless of if you are a man or a woman. Many people think that low testosterone is only a man’s issue as it’s considered a man’s hormone but this is not true! Women going through menopause are even more susceptible to low testosterone levels along with all the other menopausal symptoms like hot flashes, night sweats and weight gain. We have many menopausal patients who use a combination of AndroFeme and ProFeme and they are delighted with the results. They are less anxious and have found their libido again!

We are not saying that you should never use anti-depressants. We’re just sharing another side of the story in the hope that some women will opt of a different approach, at least for a trial period of a few months.

If you want to discuss hormone skin cream options for anxiety and depression then you can take these forms along with you to your doctor appointment. It’s a conversation opener, shows that you have done your own research on the subject and it can also be used a prescription pack.

Is soy bad for men & hormones?