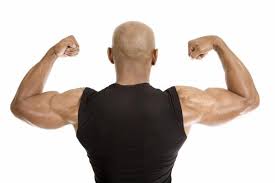 The problem with the topical gels that are used with testosterone therapy that have been approved by the FDA is that those such as women, children, even pets may become exposed. Children may begin to develop chest hair and other conditions such as larger than normal genitalia. This problem is also evident with other trans-dermal medications used for pain. Unfortunately, family members, children as well as caregivers became exposed to the pain meds without the proper use of gloves. Exposure to such powerful narcotic pain medications may result in serious health issues or even death. Labelling requirements, as set forth by the FDA have now been mandated in such medications, including testosterone gels as well as patches.

In recent years men have began to flock towards testosterone therapy in order to increase energy levels as well as libido. In the past, testosterone was normally used to treat a condition known as hypogonadism. This medical condition may be the result of undescended testicles or perhaps a tumor within the pituitary gland. The result is a severe decrease in testosterone production which may cause other symptoms as well. However, the popularity of middle aged man using some form of testosterone therapy such as injections, gels, patches or tablets has skyrocketed to sales of $2 billion in 2012. Sales figures 10 years ago were just about $325 million.

More often then not, doctors tend to prescribe testosterone after a patient has gone online through some third party website and taken part in some sort of survey. This survey becomes the basis of a self diagnosis. Often times, this results in a quick prescription for testosterone when a simple change of diet, exercise as well as sleeping habits will do the trick.

Jacques G. Baillargeon, a University of Texas Galveston Medical Branch epidemiologist, who has studied the testosterone replacement therapy in the United States, is concerned over an increasing trend in usage when more long term study is needed. This is in accordance with a statement issued by Dr. Baillargeon. “It’s particularly concerning when you see the dramatic increase happening at such a large scale so quickly” he states.

Risks associated with testosterone therapy according to the famous Mayo Clinic, warns that testosterone replacement therapy may contribute to problems such as an male gynogomastia, sleep acne, skin acne or may even stimulate prostate growth. According to a recent article written by the Chicago Tribune Business a recent study of about 3000 men who averaged in age of about 60 had an increase in strokes, heart attacks as well as other heart problems due to testosterone therapy. Another follow up study concluded that 26 percent of those who took the testosterone treatment went on to have heart attacks or strokes. Some had even died. However, a similar study conducted showed that 20 percent of those who did not take the supplement also faced very similar health issues. Further research conducted has also concluded that testosterone therapy does not cause hear attacks or strokes, however, men above the age of 60 should re consider continued usage of testosterone supplements.

Those taking testosterone replacement therapy treatments should ensure that they are taking it in order to resolve issues associated with low testosterone. Those who do not need may not experience the same benefits.

Androforte is specifically formulated to avoid these health risks and has even been evaluated in Australia in treating Heart conditions, Alzheimers and other health issues. Daily application is ideal in small doses and this will not convert to estrogen or cause man boobs.