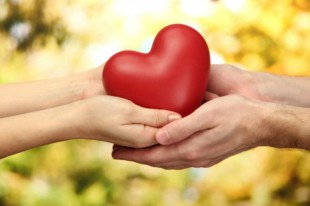 Orgasms are good for your health!

Using bioidentical testosterone therapy is a known way to balance out the hormonal cause of these sexual issues. Everyone who finds their sex life improving because of it will very likely feel their general health improving as well. This is down to the balanced hormones and their knock-on effect. Good total and free testosterone levels mean an increase in sex drive and sexual performance. The end game, more orgasms… and orgasms not only fulfil sexual satisfaction, they are generally good for your health too!

Oxytocin is also known as the love hormone, because it promotes love, calm, trust and affection when it is released by the brain during childbirth, breastfeeding and intimacy. Intimacy can be anything from a cuddle to an orgasm, however, especially high levels are produced after orgasm. It also functions as a neurotransmitter in the brain.

Endorphins are your brain’s natural opiates. When released by the brain into the body (nervous system), these chemical neurotransmitters work as a natural anti-depressant through their calming properties and also as a pain reliever. Endorphins also affect appetite and levels of sex hormones. Exercise, spicy foods and orgasms give you a rush of Endorphin release causing relaxation, happiness and reduced pain and stress.

The effects of orgasm on your brain and body affect everything from your moods to your skin and your overall levels of stress and happiness. Orgasms also aid general immunity against illnesses, they are even thought to aid in the prevention of heart disease! Basically, orgasms help keep your body healthy and your mind happy.

Here are 6 ways that having regular orgasms help you lead a happier & healthier life.

Increases love and affection – feeling love after intimacy is a chemical reaction to what has taken place. The oxytocin released by the brain after orgasm circulates around the body of men and women alike.

Manages depression – before and after orgasm your body releases a cocktail of natural endorphins like serotonin and prolactin. The calming effect of them helps to reduce feelings of depression and anxiety, that’s why they are used in prescription medication prescribed to treat anxiety and depression.

Improves sleep – During orgasm your body stimulates and then relaxes, causing a surge of sleepiness. The surge of sleepiness caused by the release of brain chemicals often results in a better night’s sleep, it certainly helps anyone having trouble getting to sleep to drift into some shut-eye time.

Reduces headaches – In women, it’s been proven that stimulation of the G-spot increases pain threshold by more than 100%, helping many women who suffer from regular migraines.

Good for the heart – Researchers from the UK have even found that orgasms have the ability to lower blood pressure and reduce high levels of stress for up to two weeks after orgasm. Reduced stress and lower blood pressure reduce the risk of heart attacks. Other research outright suggests that people with heart disease experienced fewer orgasms and visa verse.

Good for the skin – Orgasms stimulate the parasympathetic nervous system, causing increased blood flow to the skin, giving out a nice glow or even some flushing after the orgasm has finished. It also helps the nutrients in your blood to flow to the skin easily, meaning your skin gets nourished well. Just like the rest of the body, skin needs nourishment too.

Anti-aging – In the lead up to orgasm your body releases the natural DHEA steroid hormone in high quantities. This is the anti-aging hormone that preserves the mind and body.

Interesting, right? Taking care of your low testosterone and general sexual health is more important than you realised!


The power of anecdotal evidence