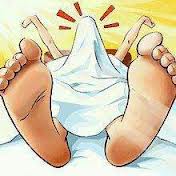 What morning erections say about your health

Want to find out more on why this happens to so many men? Here are a few medical reasons for the morning erections….

First of all during the night it is common for men to have around 5 erections. A study done published in the Archives of General Psychiatry connects these mid sleep erections to the REM sleep cycle. REM means “Rapid Eye Movement Sleep Cycle”. During your sleep your brain cycle shuts down in specific areas to prevent you from acting out your dreams and sleep thoughts. The specific brain pathway of the noradrenergic cells is the pathway that shuts down. When it does, it leads to an increase in levels of erections led by the need for testosterone in the body. It doesn’t mean that your sleep thoughts are related to sexual encounters. The erections happen as a result of the brain activity going on and not the other way round.

During REM the brain also releases a compound called Nitric Oxide. When you are asleep you are generally relaxed and your muscles are smooth. Nitric Oxide acts as an extra muscle relaxant but at the same time it causes blood vessels to dilate. The scrotal area is full of blood vessels so when more blood flow is initiated and the blood vessels dilate in the scrotal area it causes a man to get an erection. (This is mechanism of action and how Viagra works. It increases blood flow to the penis and causes an erection)

During daytime and nighttime many body functions repair and regenerate. It’s how our body maintains its health. Elements in the body are always working to restore and regenerate, it’s how cells in the body keep us going and its how we grow. Another theory for morning erections is related to this and how the body maintains the health of the penis. When an erection happens the corpora cavernosa, tissue of the penis, swells and oxygenates. This helps to maintain the function of the penis and how it copes with erections. It’s like giving air to your penis. Without regular erections and the swelling of the penile tissue other disease can ensue as the tissue is not being maintained and restored.

Every man is different; some get 5 erections a day some get 5 a week. If a man does not regularly experience erections then they can start to experience erectile dysfunction when they do actually want to get an erection but it doesn’t happen) or the get an erection but it doesn’t last. Having erections also contribute to issues like cavernous fibrosis. This is when thick fibers form within the tissue of the penis. Having regular erections help to prevent such issues due to the repair and regeneration of the tissues that happen during and after a man has an erection. This can also lead to erectile dysfunction.

In short, morning erections are natural and healthy and nothing to worry about.

If you feel that your morning erections are becoming less then visit the doctor about them. It could be a sign of sleep pattern disturbance, low testosterone production or an impending sign that your body will start experiencing erectile dysfunction when you don’t want it to happen.

Is testosterone the spice of life?