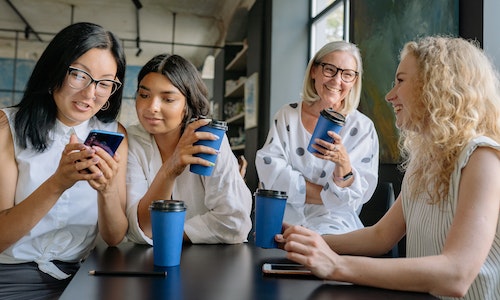 Menopause may bring with it low Libido. Fixing that can be quite easy.

Menopause is an inescapable part of a woman’s life, and as life expectancy grows,  most woman are living well beyond their seventies. This makes menopause one of the most predominant segments of life, in many cases making up more than half of anyone’s adult life.

There has been, for too long, a fatalistic attitude to the unfortunate consequences that aging brings to women in particular, but in this short article we hope to tell a different story – that many of the unwanted side-effects of menopause can at the very least be minimized, and in many cases can be completely reversed.

The story starts with how hormones work in every person’s body.

Throughout a person’s life, starting right from the first few days after conception, the two hormones estrogen and testosterone play pivotal roles in determining many fundamental characteristics. At the very beginning, it’s simply a matter of whether the fertilized egg has two X chromosomes, or has an X and a Y. The Y is the trigger for ‘masculinity’. From that point on the relative levels of estrogen and testosterone will determine whether the fertilized egg will grow to be a male or female. In humans, the female form is the default, and it’s only as the result of the ratios of the two hormones that the fetus will mature differently.

In broad terms, estrogen is the main female hormone, and testosterone is the main male hormone, although the picture is not quite that simple – it’s the relative levels of each, with a female also needing progesterone during her ovulation cycles in order for fertility to function properly. Estrogen and progesterone work together to set the body up so that a woman’s body can manage the release of eggs, ready the uterus for pregnancy, carry a fertilized egg through to term, or dispose of unfertilized eggs – collectively known as the ovulation cycle.

What’s happening when menopause sets in?

When the years of procreation are passing, normally in the mid – to – late forties, the onset of menopause can be experienced as a time of discomfort, mood changes and a noticeable drop-off in the libido. The main symptoms, described by the National Center for Biotechnology Information, are hot flashes (or flushes), irritability, mood swings, insomnia, dry vagina, difficulty concentrating, mental confusion, stress incontinence, urge incontinence, osteoporotic symptoms, depression, headache, vasomotor symptoms, and more.

One of the main effects in menopause of the drop-off in progesterone is a lowering in a woman’s libido. This can result in a significant change in many aspects of a woman’s sex life (and thus also effect many other aspects of her social and family life).

Low libido can lead to diminished desire for sex and failure to achieve arousal or orgasm. It is the most common sexual concern reported by women in consultations with their doctors. It’s even been given a name – ‘female sexual interest-arousal disorder’ (FSIAD), which remains primarily based on diminished sexual desire and vaginal pain, often due to vaginal dryness.

Where these conditions are due to hormonal imbalance, they can be addressed by ProFeme® 10% bioidentical progesterone cream. It is a cream that works to bring your body’s levels of progesterone back up to their normal levels, when there is either estrogen dominance from HRT, or any other progesterone deficiency.

It is a simple therapy, applied directly onto areas of the skin such as the inner arms and the upper thigh or abdomen. It will achieve its effects after four to six weeks of continuous treatment.

What are the main interventions to address the symptoms of menopause?

Natural estrogen and progesterone levels fall off when women enter menopause, so they may be prescribed hormone replacement therapy (HRT – also known as menopausal hormone therapy, or estrogen replacement therapy.) HRT is used to restore estrogen supply. Firstly, progesterone is prescribed together with estrogen primarily to reduce the risk of uterine cancer, which is higher in menopausal women who still have their uterus.

Progesterone also helps to reduce many of the primary symptoms experienced in menopause, like hot flashes, night sweats, menopause-related sleep problems and also yield some cognitive benefits such as improved visual and verbal memory.

Progesterone can be administered either through oral medication, or, as we said, via the simple application of  ProFeme® 10% bioidentical progesterone cream.

What makes you a woman?

At conception, all humans develop from the same starting point. For about six to seven weeks, the default form is female, which means all fetal genitalia are the same and are female. However, the Y chromosome induces changes that result in the development of the testes. This chromosome contains the key gene that promotes production of testosterone at about 9 weeks, which results in the masculinization of the brain and genitalia. Fetal ovarian secretions are not required for female sex differentiation – females are the default form of our species.

Where do the main hormones come from?

Both estrogen and progesterone are produced by the reproductive glands in the body – mainly ovaries in females and testes in males, but they are triggered by tiny glands in the brain – the pituitary gland triggers production of follicle stimulating hormone (FSH) which travels through the blood to the ovaries and stimulates estrogen production. In the case of testosterone, the hypothalamus signals the pituitary gland to release FSH as well as luteinizing hormone, which stimulates testosterone production.

The Benefits of Good Sex Keep on Improving as you Age


Some of the Effects of Vaping on Sexual Performance