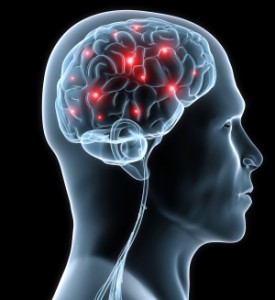 A new study has linked increased symptoms of Parkinson’s disease to a sudden decline in testosterone, making hormone replacement therapy a positive bet for males with low levels of the hormone.

In the study, published inÂ The Journal of Biological Chemistry, researchers at Rush University Medical Center analyzed mice that had been castrated, decreasing testosterone levels, and discovered persistent, Parkinson’s-like pathology and symptoms in the mice.

Parkinson’s disease is a disorder of the nervous system, which affects bodily movements, and it usually pops up slowly with small tremors in one hand. As the world’s second most common neurodegenerative disease, more than 1 million people in the United States suffering from Parkinson’s disease and 60,000 Americans receive the diagnosis every year. Awareness of the disease has become more widespread following Michael J. Fox’s public disclosure that he suffered from the disease in 1999.

However, Dr. Kalipada Pahan, professor of neurology at the university, and other researchers found that giving the mice testosterone supplements reversed the symptoms.

“In men, testosterone levels are intimately coupled to many disease processes. Therefore, preservation of testosterone in males may be an important step to become resistant to Parkinson’s disease.”

In the study, researchers at Rush University cited a decreased level of testosterone in males after it spikes in the mid-30s. Hormone levels decrease every year after that by about 1 percent, but also can dramatically decrease from stress or other sudden life-changing situations.

To find out whether you might have low testosterone symptoms, take our two-minute test.


Is the Key to Autism in Testosterone?