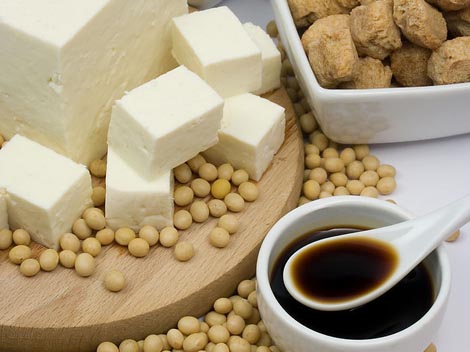 Is soy bad for men & hormones? 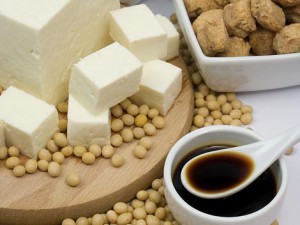 Soy is often used as a meat substitute in vegetarian diets and it’s also used by many as an alternative and healthy source of protein. Some say that soy isn’t healthy for you and some specify that soy is particularly bad for men as too much soy can affect hormone levels. So should men only eat a limited amount of soy or should they stay away from it altogether? Or is it all myth and no fact?

Here’s what all the fuss is about: Soy can affect Estrogen and testosterone hormones levels when consumed in high quantities. When consumed, soy acts in the same way that Estrogen does and influences the body just like Estrogen does. Here’s where it gets a bit complicated. Soy isn’t actually a hormone itself but it has high levels of phytoestrogens (Phyto meaning plant and estrogens ie plantestrogens). The structure of phytoestrogens and the structure of Estrogen is very similar. The similarity means that the phytoestrogens can mimic Estrogen in the body and interact with the Estrogen receptors, making the body believe that they are Estrogen. It can therefore interfere with the body’s hormone balance.

Estrogen is one of the most important hormones in the body. It is known as a female steroid hormone and is derived from Androgen sex hormones, the same Androgens responsible for the male sex hormone testosterone. Essentially, Estrogen is in charge of female characteristics like breast tissue development and the reproductive system. While Estrogen is known as a woman’s hormone (like testosterone is known as a men’s hormone) it doesn’t mean that only women have it. Men also have Estrogen in their blood, they just have less of it. And they need less of it. Too much Estrogen can lead to men developing extra breast tissues, loosing facial hair growth and experiencing increased mood swings (a bit like PMS).

In general, hormone levels affect everything from mood swings, body shape, weight management, depression, sexual dysfunction and fertility. That is why so many people are concerned about having good hormone balance and whether they should eat soy or not.

There are two main questions surrounding the soy debate. The first is whether soy interferes with testosterone production, the second is what Estrogen related and feminizing effects soy can have on men. This is because a decrease in testosterone and an increase in Estrogenic properties can lead to reduced sexual performance, body feminization and fertility issues.

According to many studies conducted on the effects of soy in men and women the conclusion is that men’s testosterone levels are not affected by soy. If you consume soy and find yourself with low testosterone or erectile dysfunction it is unlikely to be because of soy. You need to consume an incredibly large amount of soy for it to affect your testosterone levels.

Having said this, various other studies have suggested that a high soy intake can increase the chances of infertility and decreased sperm production. So, while it’s highly unlikely that soy will affect your total or free testosterone levels it does still have some effect on the male reproductive system. More studies are needed but there is enough research to prove doubt. For this reason young boys as well as adults should avoid high levels of soy in their diets. Even excess consumption at a young age can affect sperm production later in life.

We need to stress that eating small amounts of soy is OK, so there is no need to cut it out completely. If you do start experiencing low testosterone, a decrease in sex drive or erectile dysfunction then using a testosterone cream might help you restore testosterone levels and sexual desire. Sometimes it’s not always possible to cut out the soy from your diet, especially if you are vegan.

Body image is important to everyone. That’s why men are so worried about the feminizing effects that soy consumption might have on their bodies. Soy (with its high levels of phytoestrogens) affects how the body sees its Estrogen levels and in rare cases can cause enlarged breasts and a reduction in facial/body hair growth. The more Estrogen your body thinks it has the more chance of feminization and hormone imbalance. So here’s the interesting thing, even if your testosterone levels do not drop the fact that your body is responding to more Estrogen means that the general hormone balance is disturbed and without experiencing clinically low levels of testosterone you can still experience similar side effects due to the testosterone you have being less effective as the other hormones exceed it.

Sometimes it’s not just about crunching individual numbers in individual studies, sometimes it is about putting the figures and facts together.

The conclusion? Well, there isn’t one. More research is needed. One thing we can say is that soy in moderation is perfectly fine as part of a healthy balanced diet. It’s best to avoid high levels of soy on a daily basis for months at a time. This is when the hormone balance can be affected and adverse side effects can occur. The exact effect and the extent of the effects is still not known in entirety. It’s also impossible to conclude right now if the effects are short lived or irreversible. In our opinion, it is better to stay on the safe side and limit soy consumption.

Here are some more myths and facts surrounding soy, thanks to the Huffington Post.